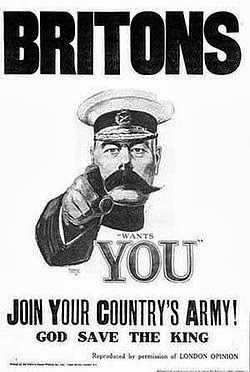 Usually when I research an article about casualties in WW1, it involves Bancroft soldiers in the Army, but here for a change is a story of a Bancroft man  who enlisted in the Royal Navy, as an Able Seaman during peacetime, and who later drowned on a ship carrying the famous Lord Kitchener on his journey to Russia to take part in a military meeting during WW1.


Isaac Bancroft was born on 27th June 1886 in the Ovenden area of Halifax, West Yorkshire, the son of Robert Bancroft and Ann Broadbent, who had married shortly before the birth of their son earlier on 23rd May 1886 at Halifax Parish Church


Isaac looks as though he had a poor start in life, because within two years of his being born, his father Robert died, leaving his mother Ann to bring the child up single handed, as the following 1891 census shows.

It looks as though life didn't improve much for young Isaac because by the time of the next census in 1901, he was now living with his maternal Grandmother, Fanny Broadbent, still in the Halifax area, and at the tender age of 14 years was now working as a labourer. There seems no trace of his mother Ann, so it's possible she had either remarried or died.

It is therefore not surprising that, given this poor start in life, at the age of 18 years  he decided to join the Royal Navy on 24th June 1904 and seems to have signed up for a 12 year period, as the following navy record shows.Interestingly it also gives a brief description of Isaac's height, eye and skin colour etc, and even details of a tattoo he had!

The records show that after joining up, he was allocated initially to a ship called the 'Caladonia' and then served on a variety of vessels before joining the crew of the ill-fated ' HMS Hampshire' on 5th June 1915. It appears from his record that he tried to leave the Royal Navy and transfer to to the Canadian Navy on 23th July 1915, but this request was turned down because he was not a volunteer, and was still bound by his peace-time agreement to serve a full 12 years with the Royal Navy from when he originally signed up in 1904.


Shortly before transferring to the Hampshire, Isaac married Edith May Oakshott in Portsmouth in February 1915 and their address was given as 41 All Saints Road, Landport, Portsmouth at that time. They had a son, Robert G Bancroft, who was born in early 1916, a few months before his father's death.

Had Isaac survived the war, the records show that he would have been entitled to the 1914-19 Star, the General Service and Victory medals.

Lord Kitchener, the famous Colonial and Boer War veteran - and a Cabinet Minister during WW1, was a prominent figure of the time and had been the face of the early wartime recruitment drive in the  famous "Your Country Needs You!" recruiting posters, [as shown at the beginning of this article.] In June 1916 he was on a mission to meet Russian war chiefs at the invitation of the Emperor on the matter of the reorganisation of the latter’s military forces and discussion of a scheme for the increased output of munitions. His colleagues tried hard to persuade him to postpone his visit to Russia because beyond the land-locked harbour, in which lay the Hampshire, the seas around the 0rkneys were raging at that time. 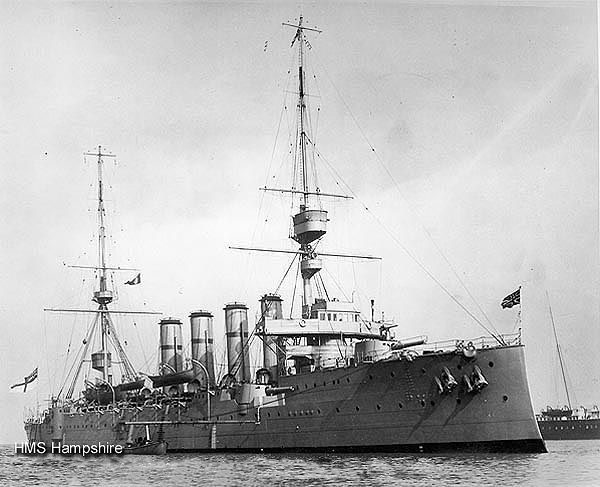 The ship set sail on Monday 5th June 1916, destined for Russia but about 1 to 2 miles off Marwick Head in Orkney, by 7.50 pm H.M.S. Hampshire struck a German mine and sunk. According to official MOD records the ship's full compliment at the time of sailing was 655 men plus 7 passengers who were Lord Kitchener and his staff.

Only 12 men survived the tragedy, and one of them later described his eye-witness experience to the media in the following graphic details:

"And it was at this very moment that above the treble whine of the gale there imposed itself the deeper ominous note of an explosion. The ship lurched. There was a dreadful grating noise somewhere in the bowels of the vessel, like flints flung into the delicate mechanism of machinery. The fierce hiss of escaping steam. The sluice of rushing water. The confused trample of feet above. Shouting. Urgent shouting. There was a rather alarming slant about the floor of the messroom. There had been many that night. But this one didn’t seem to be righting itself. Then the lights flickered out. We made for the deck. It took a long time to get there. The only open hatchway was aft. The messroom was forward. There was a lot of water in the corridors,gushing water. There was a great deal of excitable congestion at the companionways. I came up on to the half deck. They were saying that the Hampshire had struck a mine. It had exploded on the port side of her foremost engine-room. A boiler had been burst. But the Hampshire was well down by the head. Heeling a little to starboard, too.  Men were hurrying to their boat stations. Some were already there. The boats were filling.  I was in charge of the Carley raft stations to starboard.I hurried to my position. There were orders being shouted. They were mostly caught in the gale and lost. There seemed to be difficulty in lowering some of the boats. Of course they were electrically controlled, and the current had failed. The wind howled. Immeasurable banks of waves burst in shivering cascades over the decks. Now they had managed to lower one of the boats. It had fifty men in it. It could not get away from the ship. Its ropes were cut. A wave sucked it sharply to its crest. Next minute it was swept against the Hampshire’s side with terrific force. Nothing but a tangled mass of bodies struggling for survival among a swirling flotsam.And then Lord Kitchener came on deck. He looked grave and calm. I had a curious thought. It was that he looked as though he might have appeared at that moment, not for self-preservation but regretfully to inspect the irreparable damage to a proud vessel. But an officer shouted, “Make way for Lord Kitchener,” and the men who stood around made a passage among themselves. He was close to my station now. He was talking in turn to two naval officers, one on either side of him. He was in khaki. He was hatless. He wore no overcoat. Closely, he looked tired and worn.The Hampshire had heeled much further to starboard. And then Lord Kitchener turned back. The captain had called to him to come up to the fore bridge. He mounted the ladder. I saw the captain’s boat being hoisted. That was the last I saw of Lord Kitchener. There was little doubt now that the Hampshire was doomed. She listed still further. Clouds of steam were emerging from her foremost engine room on the starboard side. Men were now jumping into the water from the quarterdeck.  Some of them had been badly scalded.  Others showed wounds that bled.There was a rush to my raft.  We cut the lashings and managed to launch it. Forty or fifty crowded on and several of us paddled in a frenzy of haste to get clear of the fast-sinking ship. As we drew away several of the injured leaped on the raft into our midst. I shall never forget their agoniscd screams as the salt water washed their wounds. We were fifty yards away. A hundred waist-deep in creaming surf.  Tossed hither and thither on the waves, whirled with maelstrom fierceness. A good many were almost immediately swept from the raft by the fury of the water.We were now away from the Hampshire.  Boats, still crammed with men, hung from her derricks. And then, with a fearful kind of slow lurch, the ship rolled over. I closed my eyes. It was unbearable......."

The bodies of over 100 officers and men, including that of Isaac Bancroft,  were recovered from the sea and were interred into one common grave where they now lay to rest at the Lyness Cemetery, Hoy, Orkney. The other 550 bodies were never recovered.

Lord Kitchener's body was also never recovered, and in 1926 the Kitchener Memorial, a 48-feet high  stone tower, was unveiled on the cliffs at Marwick Head, looking out across the Atlantic from the west coast of Mainland Orkney. And although the memorial, which was paid for by public subscription, formed a fitting memorial to this important military figure, a plaque on its wall made only a brief reference to the other men lost on HMS Hampshire with him.