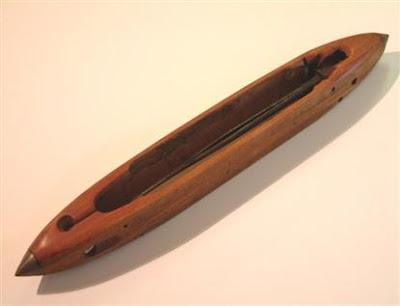 I recently came across and purchased a Bancroft Weaving Shuttle, which got me thinking about an interesting family business conducted by a Bancroft family who lived in the Bocking & Crossroads areas, which although geographically are nearer to Keighley, were in the 19th century listed as part of the Bingley census area.

The manufacture of shuttles for the textile industry was an important business in Northern England for the wool and cotton mills of Yorkshire and Lancashire, particularly after the ‘flying shuttle’ was invented in 1733 and led to great social change in people’s lives as cloth production moved away from a cottage industry and into the mills with the introduction of mechanised machinery such as the ‘spinning jenny’ and later the ‘power loom’ [shown below] 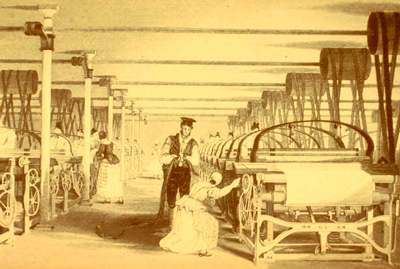 Our Bancroft story starts with Timothy Bancroft [1761-1837] and two of his sons James [1792-1872] and Jabez [1794-1863]. The directory of local businesses of 1822 lists these three men as shuttlemakers in the Crossroads area. The business must have flourished because when Timothy died in 1837, his will states that he left the sum of £207 in goods and credits, which in those days was a sizable amount.

It looks as though the business seemed to have continued through Jabez’s five sons, Benjamin, John, Thomas, James and Joseph who are all listed on various censuses between 1841-1881 as shuttlemakers and woodworkers.

There were dangers to health for anyone working in the trade, due to the materials used. Initially shuttles were made from Persian Boxwood, but there was a move towards using West African Boxwood for two main reason….it’s cheapness, and the fact that it was free of knots, which meant that a larger number of blocks could be obtained from the original log. A medical report looked into health problems in the industry in 1906, and he came up with the following findings:
“There has been many cases of illness amongst the workmen handling the wood [West African boxwood] in the factories, and an impression has gone abroad that the sickness was due to some poison given off by the wood during the process of manufacture of shuttles. The symptoms complained of were headache, sleepiness, running at the nose and eyes, chronic sneezing, giddiness, faintness and weakness, loss of appetite, shortness of breath, nausea, etc. The patient exhibited as well a pale yellowish or greenish colour on the face and body, accompanied by a particular ‘camphor’ or turkey rhubarb’ odour from the breath and skin. After weeks of intermittent illness these symptoms had, in two or three cases, culminated in pathological conditions which had resulted in death, the death certificate registering ‘cardiac asthma’ or ‘cardiac incompetence’. I was also informed that the men who were affected had, in the course of their work, to stop, hold on to some support and gasp for breath.”


Jabez’s son Benjamin [b 1816] seems to have been the one who was later the most actively involved with the industry and public records show he had to go to court on the following two occasions.

In October 1852, he is listed in local court records having filed a petition to the court for bankruptcy, and then obtaining an interim order for protection from the process. This may seem a little strange until we look a little later to October 1853 where Benjamin Bancroft and John Summerscales, ‘Shuttlemakers both of Keighley’, jointly made a patent application, listed as for ‘Provisional Protection only’ which was described as follows:
“ Improvements in shuttles employed in weaving textile fabrics…This invention consists in the applications to shuttles of a fixed spindle and appendages to receive the bobbin, and in forming the shuttle so as to admit the bobbin and allow it to pass out freely”

Benjamin seems to have continued as a shuttlemaker and woodturner through the 1850’s and 1860s. He is missing off the 1861 census, although his wife Mary, is shown as having an occupation as “Shuttle Top Shop” that year, and as she is listed as “married” I suspect that her husband was there and just missed off the record when it was take. 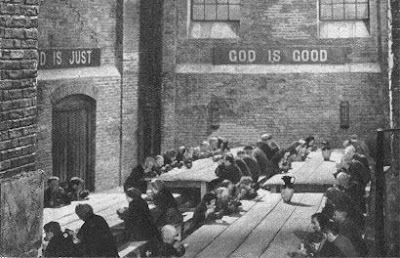 By 1881 Benjamin looks as though he had fallen on harder times, as he is listed as living at the Union Workhouse as a woodturner. I wrote an article on this subject on this blog some time ago, which explains the hard life people had to endure in Keighley Workhouse. The article con be read on the following link:  “Life in the Workhouse”
The picture below shows Keighley workhouse, as it is today, having been converted to residential accommodation in the 1990’s.

Thanks for the information, I love hearing stories of my grandads family. Thanks again x

Thanks for the info! I found a weaving shuttle from a fleamarket in Finland. Looked interesting so I bought it to check out what I can find about it in the net. So, here I am on your site. Very interesting indeed.

It says Bancroft Shuttles Ltd, Blackburn. Is this the same company or some later company with the similar name? Manuf. date stamp says 2/65.

Hi Toni,
Thanks for your comments.
The Bancroft factory in Blackburn is a completly different family line to mine who worked in and around Bingley & Keighley in West Yorkshire. I think the Blackburn factory eventually changed from making shuttles in wood, to making then in a hard poly-plastic material which was more long lasting in the newer textile machines. As far as I know, they are no longer in business. I

I know the story of Bancroft shuttles as I worked for Jowett shuttles of Shipley who were part of Bancrofts .Another one was S E ngland and Co Bradford