Recently I was contacted by Sky Art's production company regarding a program they were producing which included a section about Hand-Loom Weavers in the 19th century, and how their lives changed when the local canals were constructed.

They had read an article in my blog on this subject and asked if I could come along and talk about the plight of the Hand-Loom Weavers as their way of life moved from a cottage industry to the mills.

Much of the program was shot in and around Heptonstall near Halifax, a very beautiful village frozen in time, with cobble streets and 16th century buildings, which had been a centre for cottage weaving in times gone bye. The program asked artists to paint pictures of the local area as part of the competition.


One of the factor effecting hand-loom weaving as a cottage industry was caused by the opening up of the canals which allowed raw wool and cotton to be transported cheaply and in great volumes from producers in Europe and America, allowing newly built textile mills to produce cloth in volumes, aided by newly invented textile machinery.

The article I wrote about this can be read here:

The poor weaving families did their best to resist this change, even resorting to rioting and trying to destroying the newly built mills, which were depriving them of a living, but there actions proved ineffective against the wealthy mill owners. The story about their riots in and around West Yorkshire can be read here:

The Sky Arts program can only be seen at the moment on catch-up tv, but should be available on YouTube in the near future, using the following search details.

Here are a two stills of my interview with Alisha Enfield, this year's Artist of the Year. 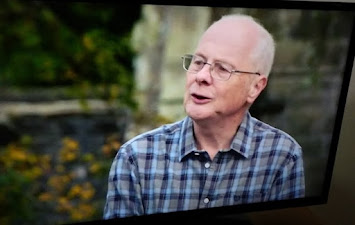 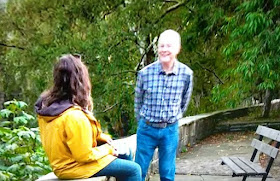