Following on from the previous article about Jabez Bancroft, the story has been picked up by the Keighley News. The following article appeared in the newspaper this week. 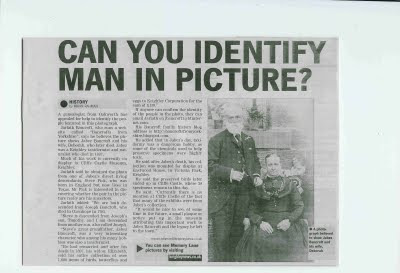 I have also received the nice piece of ephemera from Steve Pick, which appears to be an advertisement that Jabez must have been using to promote his work as a taxidermist. I am now wondering if this was more than just a hobby for Jabez, as he describes himself as a “Dealer in British and Foreign birds, skins, bird eggs and artificial eyes etc”. 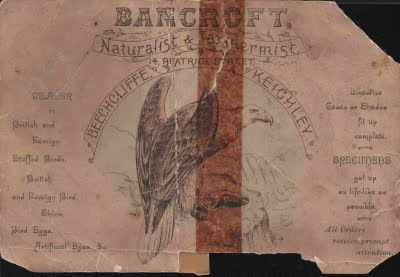 I like the bit that says ….” Specimens got up as life-like as possible” !!

To read my earlier artice on Jabez Bancroft click here
Email ThisBlogThis!Share to TwitterShare to FacebookShare to Pinterest

I collect taxidermy. Yesterday I came across a Bancroft case, exactly as labelled.
It was truly remarkable. The birds were in a perfect condition, unbelievable really, after such a time.
He was a first rate taxidermist. Had he been prolific, his work would stand against any of the great names associated with the trade.