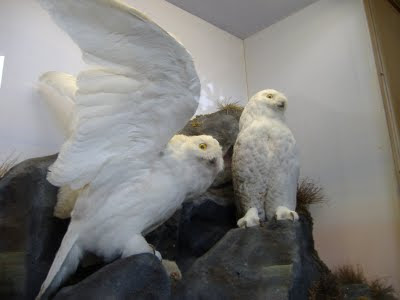 I am indebted to Steve Pick, who lives in Texas USA, for details about his Great-Grandfather Jabez Bancroft, who led a very interesting life.

Jabez was born on 18th May 1833 at Hollins Summer House, Crossroads near Keighley and then grew up on a farm knows as Whins Delf, also sometimes called Unwins Delph at Ingrow, on the outskirts of Keighley, the son of James and Hannah Bancroft who ran this small farm of about 13 acres. He married Deborah Waddington and the two photos below show a couple thought to be them, although this cannot be definitely confirmed by his descendants…..Does anyone recognise the people in these pictures, and are able to confirm their identity? 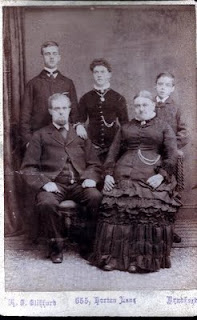 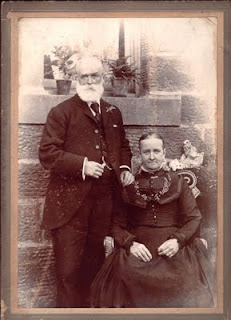 Jabez came from a large family of twelve children, and he and Deborah had seven children themselves. During his life he was a man of many talents and had many occupations, some of which were running a quarry, another a brewery, as well as being a teacher, and also being in charge of several railways. He was a man who travelled widely, and seemed to spend money as quickly as he earned it on this, because travelling to America three times.

The most interesting side of his life was his lifelong hobby of collecting animals, birds and bird’s eggs. In fact his trips to the US seems to have been to collect more birds and animals for his large collection.

Taxidermy in those days was quite a dangerous hobby,due to some of the substances used in the process. Poisons such as mercuric chloride, and arsenic mixed with soap were commonly in use to help preserve the specimens, and these are known to have had serious consequential health problems for the people using them if care was not taken.

It is not known if Jabez suffered the effects of these substances, but he died at 7.15pm on 4th January 1897 at 14 Carlton Street, Beechcliffe, Keighley,and is buied at Utley Cemetry in the town. 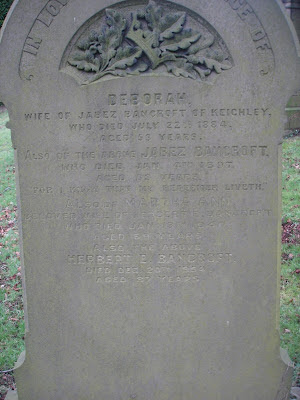 The vast collection of over 1600 birds, birds eggs, animals, bees and butterflies was sold to Keighley Corporation, by his second wife, Elizabeth, after his death. Initially the collection was due to be auctioned off to the highest bidder, but after the intervention of the auctioneer, a private arrangement was agreed between Keighley Corporation and Mrs Bancroft so that they could purchase the entire collection for the princely sum of £130, provided it was to be used for the benefit of the town.

The Corporation were in the process of setting up a new museum in Keighley, and The Bradford Observer Newspaper of 8th February 1897 reported on this as follows:
“Mr Jabez Bancroft, a well known taxidermist and naturalist from Keighley, died some two months ago, and his large collection of birds is announced to be brought under the hammer. There is a desire in the town that the whole collection should be acquired for the museum now being formed at Eastwood House, and a deputation will wait on one of the committee of the Corporation tonight to urge them to make the purchase. A few gentlemen have taken the matter in hand, and the auctioneer, Mr Wright Watson, has named a very modest price, which Mrs Bancroft is prepared to accept if the collection is bought by the town. The specimens, which were nearly all prepared and mounted by Mr Bancroft, number over 1600 and include Hawks, Silver and Golden Plover, Grey Lapwing, a pair of Red Grouse and young [10], Ptarmigan, Gannett, Black-Headed Gulls, Heron, Falcon, Teal, Raven, Small Auk, Green-Backed Cormorant, Hoopoe and other”

The bird collection included many skins, which were not completed exhibits at the time, and so the Corporation engaged the services of a Derby expert, Mr AS Hutchinson, to professionally mount the whole collection. This took two years to complete, and the whole collection was then put on display in Keighley’s first Museum, at Eastwood House in Victoria Park, which opened in 1899 as part of a Science and Art Exhibition to raise funds for the Cottage Hospital. 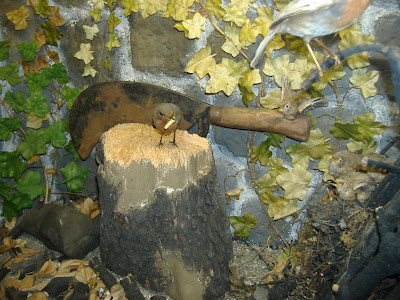 A local newspaper at the time reported
“The collection of one hundred and twenty cases were delightfully received….the robin has hopped down to an old chopping-block, into which the axe has been driven, and close to a bundle of sticks. Quite a happy family appears in another case, the sheldrake, which embraces a pair of adults and five immatures. Three of the young are swimming in a small pool, and two are wandering on the sand….”

Jabez’s collection of birds eventually ended up on permanent display at another museum in Keighley called Cliffe Castle which was opened in 1955, and currently there are thirty eight cases of his birds on display there, together with about another forty other examples of his work held in storage elsewhere. 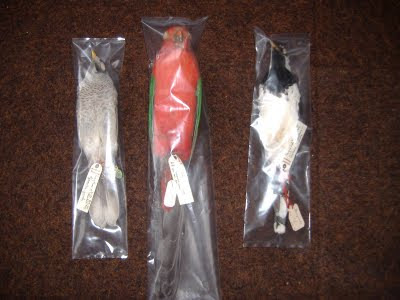 I was recently given a guided tour of the exhibits by the staff. Many of them are now somewhat faded after having been subjected to over one hundred years of exposure to sunlight, but I was very privileged to see and handle three specimens that were taken out of storage for me to examine. Shown above are these three birds, a King Parrott a Soldier Bird or Noisy Minor, and a Magpie Lark. It was amazing to handle these specimens, which were well over 100 years old, and yet were in perfect condition with the colour of the feathers as bright and perfect as they must have been when the specimens were caught so long ago, thanks to the fact that they had been stored in the dark, away from damaging sunlight. One unanswered question with these three specimens is the fact that they all originate from Asia and Australia, and we know that Jabez’s only trips abroad were to America, so how did he acquire these?…perhaps we will never know.

Some of the exhibits are, what would today be described as quite rare specimens, such as Chough, Red-Footed Falcon, Sparrowhawk, Honey Buzzard and Snowy Owl [photo at top] and one wonders where Jabez managed to obtain them from. A clue to this is that one exhibit of a bird of prey, mentions it was shot by a gamekeeper on local moors, which might give an indication of his source of supply.

Currently there is no mention at Cliffe Castle of the fact that many of the exhibits were from Jabez’s collection. It would be nice to see, at some time in the future, a small plaque or notice put up in the museum, attributing this important work to Jabez Bancroft and the legacy he left to the town.

Unfortunately space does not allow me to show photographs of all Jabez’s exhibits, but here are a few, and I would urge anyone who visits Keighley to go to the Natural History Museum at Cliffe Castle and have a look at this wonderful collection of birds and animals. 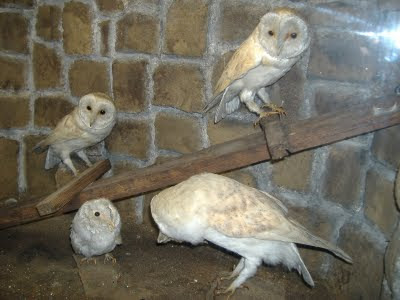 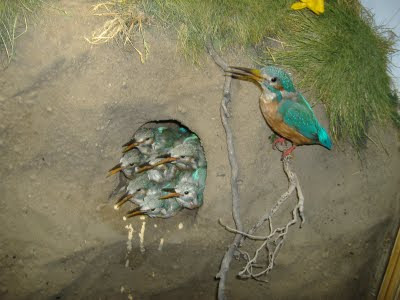 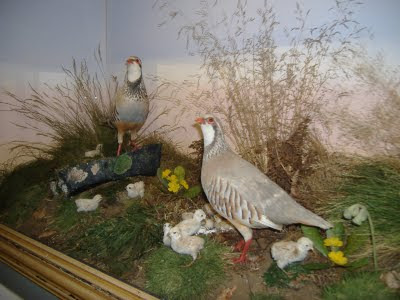 Great to see someone providing this information.We at the British Historical Taxidermy Society conntinually research such taxidermists..Well done. BHTS