" Another child poisoned by Cordial" 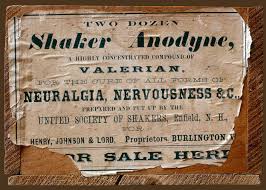 “Another child poisoned by cordial” was the headline in the Yorkshire Post newspaper on 9th November 1875 and detailed the case of a poor 2 year old child called Harry Scholey, who died after being administered with 2 teaspoonful’s of something called anodyne cordial, which had been bought from a local Sheffield woman called Mary Ann Bancroft. The headline says "Another child" which suggests that this was not the first such incident.


The case had been heard the previous day by the Sheffield Coroner, at the Talbot Hotel in Duke Street Sheffield, close to where Mary Ann Bancroft lived, and detailed the incident as follows:


The child had not been feeling well, so the parents went for a pennyworth of anodyne cordial to Mrs Bancroft, who appears to be someone people turned to at times like this, due to the fact that many ordinary people just could not afford to pay for a visit from a doctor. The child, was given two teaspoonful’s of the cordial and was dead within six hours, the parents having had to call in a doctor when he became seriously ill within two hours of taking it. A post-mortem on the child showed he died of opium poisoning.


Witnesses stated that many local people bought the cordial from Mrs Bancroft, who made it up in her house and sold it in bottles without any labels or instructions regarding how it should be administered. She had a card in her window saying “Anodyne Cordial sold here” and said she had been selling it for about forty years. When questioned by the authorities she stated that she always gave instructions about how much to give to children according to their ages, and bought all the ingredients from the local druggist shop. The child’s parents did not know what the mixture contained, and were certain they were not told the amount to administer to their child


The inquest jury in giving their verdict said ‘The deceased died from being poisoned by an overdose of anodyne containing opium sold by Mrs Bancroft without directions as to its use, and carelessly administered by his father. They also said that the sale of anodyne indiscriminately by Mrs Bancroft is highly dangerous and ought to be stopped.’


The newspaper reported that the Coroner in his summing up said ‘There was not sufficient evidence to send Mrs Bancroft for trial, but if she should find herself in this position again, she would be dealt with by the law, and censured her severely. Mrs Bancroft agreed to cease selling the cordial immediately.’


Anodyne potions was bought by many people in the 19th century, as an alternative to paying to see the doctor if they had mild illnesses such as stomach ailments or neuralgia, and many companies produced a legitimate version of this mixture, in marked bottles with ingredients and dosage clearly displayed, as the following label shows, 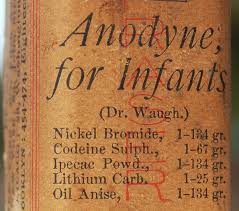 Although opium was often used by druggists in various medicines at the time, I am sure no one would have recommended it be given to infants, When questioned, by the court, Mary Ann Bancroft listed the following ingredients in the ‘home remedy’ she was brewing up in her house.


Boiled down with 3 pints of water.


It seems fairly clear from looking at the 1871 census, that Mary Ann was one of those women that the local community turned to in times of trouble, as she is listed on the census with a very unusual occupation…Undertakeress !! , which probably entailed preparing a corpse, ready for a proper undertaker to carry our the burial.

Early records, when she was living with her husband and family do not show her as having any occupation, which was common for many married women, but she also probably helped also acted as an unofficial midwife, and nurse if someone turned up at her door, having told the court that she had been selling anodyne for over 40 years.


She was born Mary Ann Pollard in the Sheffield area around 1802, and married Robert Bancroft, a coal miner, on 12th November 1821. Thereafter the family seemed to have lived most of their lives in Duke Street, Sheffield. Robert Bancroft died in 1868, and Mary Ann around 1880.


There are no further incidents reported of Mary Ann selling further ‘remedies’ so it looks as though she heeded the Coroner’s warning and ceased selling the potion.