The following interesting little story comes from an old newspaper article in “The Bradford Observer” dated Saturday 22nd May 1875, and paints a vivid picture of an incident involving a dispute between two rival groups of Bill Posters. The origins of  Joseph Bancroft mentioned here, are something of a mystery.....I have not been able to find any information about which family he came from....all we know is that he was listed in the article as 'a lad ', and we would assume he lived somewhere in the Bradford area when this article was published in 1875 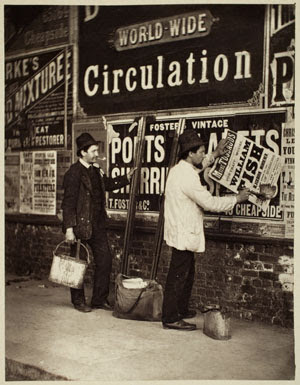 'Enoch Mason, William Barrett, John Sheldon and Joseph Bancroft were summoned for having assaulted James Clayton, a bill-poster, on Tuesday last. Mr Berry conducted the case for the prosecution, and Mr Atkinson appeared for the defendants.

Mr Clayton stated that on Tuesday afternoon he sent a man named Alex Couson to post bills in Bolton Road. The complainant went himself later at two o’clock, when he found two of Sheldon’s men covering up bills which Couson had posted on his behalf not an hour before. He commenced to tear the bills down. A struggle took place in which a can of paste, belonging to Sheldon’s man was upset. The complainant waited about an hour to see that no further attempt was made to cover up the bills, the two men were hanging around about that time. Mason then jumped into a waggonette, which was going into the town, and soon returned with a reinforcement consisting of Sheldon Jnr, and Bancroft, with two cans of paste and a lot of bills. They then posted a bill over one posted on the wall by the complainant. The latter pulled it down and Bancroft threw a can full of paste on the complainant, spoiling his hat and clothes. Another scuffle took place with Clayton being knocked to the ground and so severely kicked in several parts of his body that he was rendered partly insensible and unable to rise without assistance. He was also struck in the face with a paste brush. Whilst he was on the ground Shelton said, “Now he is down, kick his head off” Couson was also assaulted and kicked behind the ear by Mason. The defendants all then ran away, and Mr Clayton got down to the Town Hall in a terrible mauled state, where he obtained summonses for the appearance of the defendants.

Mr Atkinson, for the defence, said that by the complainant’s own showing he had no right to post bills at that place. He [the complainant] had admitted that bills were already posted on the Monday, before Couson on the Tuesday had, by the complainant’s instructions stuck bills bearing the name of “Clayton Billposter” on the bills which he found there, although they had not been placed there by Clayton. When Sheldon’s men went to pull Clayton’s bills down, the complainant stood before them in his shirt sleeves swearing what he would do, if they attempted to go near the wall. One of the men then went for Mr Sheldon Jnr, who came up to see that his men were allowed to post bills where they had previously done so. Mr Clayton commenced the attack on them, and the lad Bancroft turned round with the paintbrush in his hand and it struck Mr Clayton in the face, causing a slight wound. Other witnesses said they saw Mr Clayton struck one of the defendants. Mr Sheldon said he saw Clayton throwing stones at the lad Joseph Bancroft, and a confused struggle ensued, in the course of which the cans etc were brought into requisition, and used with marked effect.

Mr Manoah Rhodes, Chairman of the Bench, said he scarcely knows which party was the worst, but they were satisfied that an assault had been committed. If these cases were continually being brought before the court, the Bench might probably think it necessary to commit the offenders to prison, without the option of a fine.


Mr Atkinson, on behalf of his client Joseph Bancroft, asked if the Bench would allow the coat to be cleaned and sold for the benefit of the local Infirmary. Mr Berry, for the prosecution, said the coat should be hung up as a trophy!.... which was followed by laughter from the Bench.' 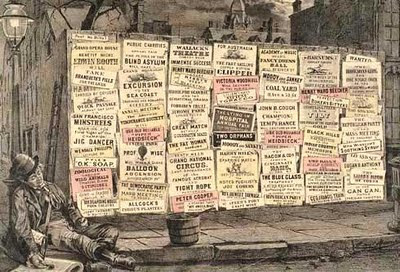 [If anyone has any information about this Joseph Bancroft, which might throw any light on his origins, please leave a comment in the section on the bottom left of this page.]

Thanks for knowledge share, I will be waiting for future posts