Pages from a Bancroft Family Bible.

In times gone by it was the tradition of many families to have a bible in the house, and sometimes a very large heavy bible, which the family would read on dark winter nights. These large bibles usually had a section at the front to record family events such as births, marriages and deaths. Indeed I can remember by own Grandparents showing me theirs when I was a child, which unfortunately got lost during their house move….what a treasure we lost that day!

Most of these bibles included very large religious pictures, surrounded with gold leaf, and because of their attractiveness many were torn apart by art dealers and turned into frames pictures to hang on a wall.

Some time ago I was sent the birth, marriages and deaths pages from one Bancroft family bible and here is something of the story about this seemingly ordinary family.

We start with the first page, shown above, with the parents William and Martha Bancroft. As the page shows William was born on 4th December 1830 and married Martha Akroyd born on 25th August 1831. They were married on 25th August 1855 at Bingley Parish Church. Interestingly Martha could not read or write so had to just put her mark on the register, which was a common occurrence at the time as families tended to educate the sons but did not bother too much about getting the daughters to learn to read and write as it was thought unnecessary for running a household and bringing up children.

They started their married life living in a farm cottage next door to William’s parents James and Hannah at Whins Deph farm [later known as Unwins Delph] on the outskirts of Crossroads near Keighley, which is in the Bingley parish area. The farm still being there today albeit now called Pierce Close

His is an interesting story because he married another Bancroft, his first cousin Elizabeth Bancroft [1867-1948]. They were married at Burnley Register Office on 14th May1892.

Marriage between cousins has never been illegal in Christian culture, although today is not recommended because of genetic complications with children, but in olden times many folk did not socialise much outside their family circles and as some of these families were large it was not that rare for cousins, who did not meet up regularly, to bump into each other at family occasions such as weddings etc and end up getting married to each other. Elizabeth was the daughter of Jonas [1840-1888] and Mary Taylor [1844-1892]…. Jonas being Sugden’s Uncle and was the brother of Sugden’s father William.

Jonas had earlier moved over to the Burnley area, which at that time had a booming economy because of cotton manufacture. He was working as a stonemason and had married Mary Taylor at Burnley and together they had fifteen children.

Before his marriage Sugden moved over to Burnley and became a stonemason, living and probably working with his father-in-law Jonas. The 1891 census shows Jonas and Mary's soon to be son-in-law, Sugden, living with widowed Aunt Mary and her family shortly before his marriage.

Sugden and Elizabeth continued to live in the Burnley area, where Elizabeth’s family all were, and went on to have five children but unfortunately only two sons survived to adulthood as the 1911 shows.

Sugden moved on from being a stonemason in later life and in the 1911 census is listed as a ‘clerk of works [building]’. He continued to live at the same address and died at 37 Clive Street, Burnley on 23rd April 1920 age 58 yrs as shown on the ‘deaths’ page of the bible.

His will, when published shows he left an estate valued £1918-7s-11d, who at the time was a substantial sum of money in those days for a working man, and his estate went to his wife Elizabeth. 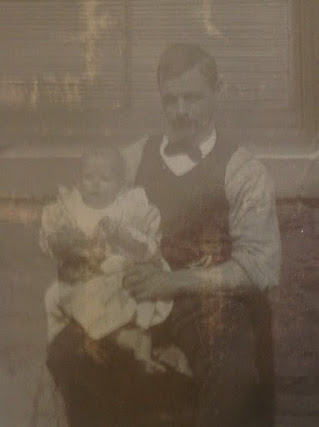 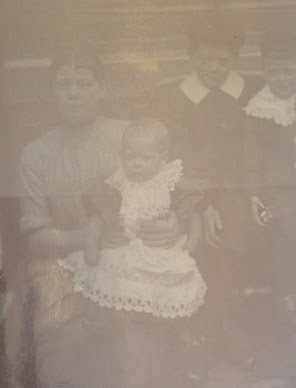