The Bunting Manufacturers of Halifax

I wrote recently about the family of Henry and Lydia Bancroft, who baptised their family of six childen on the same day, and which can be read HERE.

Their son, William, and his family line were initially involved in the worsted business in Halifax, Yorkshire but they then developed the business into Bunting manufacture…a product today which is largely made with plastic, but in days gone bye was very much a cloth product, and widely used in public occasions such as the picture above, showing Queen Victoria’s Royal Procession in London in 1887.
Our story starts with Henry Bancroft who was baptised at Heptonstall on 9/5/1791, and went on to marry Lydia Sutcliffe on 13/3/1825 at Heptonstall. They went on to have at least nine children, one of whom was a son William born 15/2/1829 while the family were living in the Wadsworth area.
The 1841 census shows the family, living in the ‘New Road’ with Henry listed as a ‘Labourer’. His age is shown as 45 years, but as is normal on the 1841 census, this is always approximate and can be several years out.

The 1860’s was a period when the local authorities getting very concerned about river pollution from all the various local business getting rid of their waste into the Calder River, and so in 1868 a Royal commission produced a paper after getting comments from all the local businesses. Bancroft and Wilcox provided the following information for the report which gives some useful information about the company: 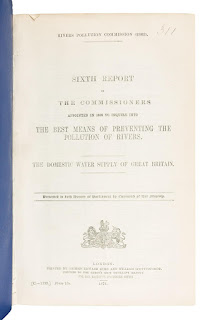 Rivers Pollution Commission 1868
‘Bancroft and Wilcox – Worsted Weavers, Cross Hill Mill Halifax.
Our works are situated on the Calder.
Employ 49 hands, Rateable Value of works £40.
We hire power and room from Messrs Eddlestone and therefore are unable to state the volume of water consumed, the steam power used, the coal consumed or what is done with the ashes.
We manufacture yearly 150,000 lbs of goods of the value £24,000.
The whole of the liquid refuse produced at our works flows into the sewer and thence into the river.
Do not use any dye wares or bleaching materials, soap, alkali or urine.
The excrements of our work people are removed and used as manure.
I have no suggestions to offer regarding reducing the pollution.’

By 1871 William's business had developed and described his occupation as a ‘Worsted Manufacture’, living in the ‘Hights’ area with his wife Betty, and four children. He was by now  operating in business as Bancroft & Wilcox, and in the same year had invested in the local Railway Company, buying shares in the ‘West Yorkshire North & South Union Railway Company’ as the following newspaper article shows. The reason for this would have been no doubt to enable them company to get some sort of preferential arrangement with transport of their raw materials and finished produce. The firm around this time was also shown on various trade directories as a ‘Stuff Manufacturer’ and working from West Lane Mills in Pellon Lane, Halifax.


By the time of the 1881 census, William & Betty’s son, William Henry, with his young wife Mary Hannah [nee Woodhead] was living independently on Gibson Street in Halifax and had an occupation of ‘wool sorter’, no doubt working in the family firm, which was still manufacturing worsted textiles, as the bunting boom had not yet taken off.

An article in the Yorkshire Post in 1887, is an important piece of information because it lists the old firm of ‘Bancroft and Wilcox’ no longer existing, and the partnership being dissolved. Thereafter it was known as ‘William Bancroft & Co.’ and in the same year it was now shown as a ‘bunting manufacturer’ operating from Eagle Works, Well Lane in Halifax. 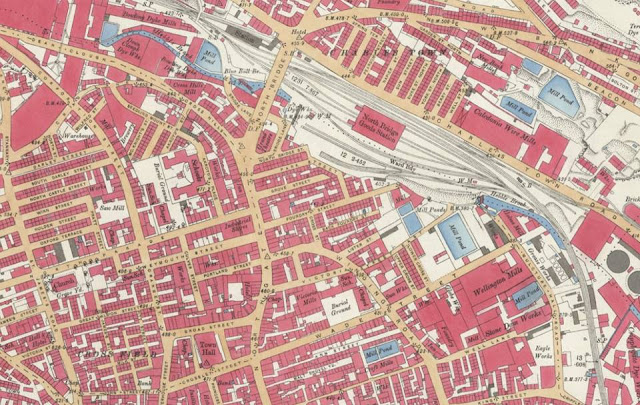 At some point in the late 1880’s the firm seems to have changed over completely to bunting manufacture  as the popularity of bunting use became ever more popular, and William, having died in 1889, the firm was now managed by his son William Henry, who by the time of the 1911 census had obviously come up in the world as he was now living in Saville Park, Halifax which was a very upmarket area of the town at that time.

And as World War One started, all businesses involved with textile manufacture of all types, including bunting, were kept very busy with the war effort as the following extract from the local newspaper of 1914 explains.


The company seems to have continued on through various generations of the Bancroft family with William’s grandson William Alan listed as Managing Director, when the 1939 Register of everyone was carried out at the start of WW2, and although recently married, and with no children at that stage, could afford to employ a servant who is also listed at his address at 252 Rochdale Rd, Halifax.


The firm seems to have carried on after the war at a small factory called Fenton Works Pellon, Halifax until finally ceasing trading sometime in the 1970-80’s. I can only guess as to why it was finally wound up, but it may well have been because of cheaper imports or the change from cloth to plastic for the production of bunting….who knows?


If anyone knows of further information about William Bancroft & Co, Bunting Manufacturers of Halifax, please let me know.
Email ThisBlogThis!Share to TwitterShare to FacebookShare to Pinterest