Here’s an interesting story from the Leeds Intelligencer Newspaper  of   29th March 1823 about Joseph Bancroft, a 29 year old man who was involved with others in an act of Highway Robbery at Sheffield, and even after pleading guilty, was sentenced to death by hanging!

When one thinks about the offence of Highway Robbery, we usually think about the more glamorous characters such as Dick Turpin, riding his horse, but the Highway Robbery was usually much more down to earth , with a violent nature, and committed by ordinary individuals, on foot at night. Due to the violent aspect to many of these cases, the penalty was usually death by hanging. 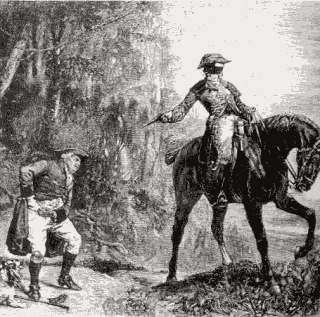 After the early 1800's, mounted robbers are recorded only rarely. The last recorded robbery by a mounted highwayman occurred in 1831. The development of the railways is sometimes cited as a factor, but highwaymen were already obsolete before the railway network was built. A very important factor was the expansion of the system of turnpikes, manned and gated toll-roads, which made it all but impossible for a highwayman to escape notice while making his getaway.  Also a greater use of banknotes, more traceable than gold coins,  made life more difficult for robbers. Land Enclosure, and  the decline in undeveloped open fields and increase in private incentives to regulate trespassers, may also have played a role.


The local newspapers reported on several cases before Their Honors Judge Sir John Batley Knight, and Judge Sir George Sowley Holroyd who held court at York Assizes on Saturday 29th March 1823, where sentence of death was passed on several prisoners, including Joseph Bancroft, for Highway Robbery with aggravating features.

The circumstances of the case, as  also reported in the York Herald Newspaper are as follows:


'Joseph Bancroft [29] and Wm. Fletcher [33] were charged with robbing Joseph Eyre on the King’s Highway, in the parish of Sheffield, of his watch and 18s of silver. Bancroft pleaded guilty, but Fletcher not guilty, and placed himself upon his trial. On the 29th November last, the prosecutor, Joseph Eyre, who is a poor man, residing at Attercliffe, was at Sheffield Fair. Between the hours of 12 and 1 at night, he was going home, and when he had got about 100 yards beyond the Twelve O’clock Public House, on the road to Attercliffe, three men came upon him and knocked him down, when the prisoner came up and joined the three. He had seen them all together at Sheffield and also on the road. The prosecutor begged for mercy, telling them that he was only a poor fiddler, and on his screaming out for assistance, had dirt forced into him mouth and eyes. They then broke his fiddle and took from him his watch, and all his money [23s or 24s on silver] He told them that they had ruined him forever. They ran away, leaving Bancroft to stand over him, who soon after joined his companions. Two or three persons were called who saw the prisoners, along with another two , near the place of the robbery, about midnight. The prosecutor, a good natured fellow, on leaving the box said “I hope my Lord; you will be as merciful to them as you can. The jury found the prisoner, Fletcher, guilty.'

The newspaper reported the Judge’s summing up before sentencing as follows:

‘When asked by the Judge, as to why he should not pass the death sentence, several of the prisoners said that it was their first offence, and begged him to show mercy. The learned Judge, in addressing the prisoners said that he  has to pass this awful sentence on so many, and particularly so many young persons, who by the commission of their crimes, had forfeit their lives to the laws of the country. With respect to many of them, he felt a pleasure in saying, that he could, without a dereliction of his duty, recommend them to the mercy of his Majesty. But with regard to others, he was sorry to remark that no hopes of mercy could possibly be held out for them. The full sentence of the law must certainly be put into force for some of them. His Lordship therefore urged them to devote the short time they had left to live, by endeavoring to atone for their offences, and obtain that mercy thereafter, which the safety of society prevented those whose duty it was to administer the justice of the country, from extending to them here.’

At a later court appearance, the presiding Judge Holroyd, reprieved most of the prisoners, including Joseph Bancroft from their death sentence, although it is not clear from the newspaper reports, exactly why, or what other sentence he was given.

If anyone knows anything further about this incident, or about Joseph Bancroft, please let me know by leaving a message in the comments section.