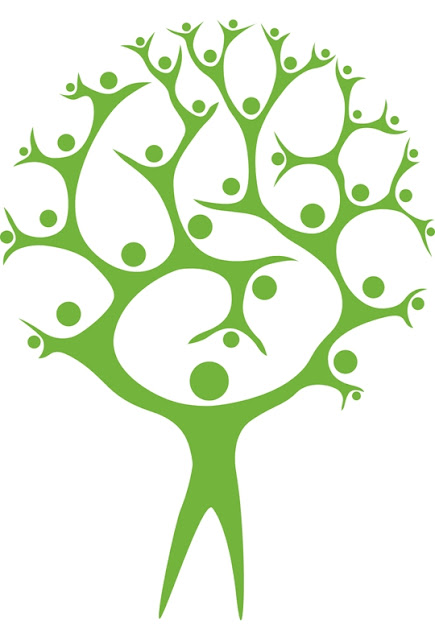 As many fellow 'Bancroft from Yorkshire' researchers in the same family line as I am will know, there has been lots of speculation over the years about the origins of our line, which comes to a full stop at my Great/Great/Great/Great/Great Grandfather Joseph Bancroft [or Bankroft as it is sometimes shown] who married Grace Greenwood in 1752 at Bradford. He died at Far Oxenhope, and was buried at Haworth in 1785, but as there is no record of his age at the time of his death it has always been difficult to work out where and when he was born, but I may finally have a bit more information…although it is only my theory, so cannot be 100% certain.

A fellow researcher once mentioned to me about the habit in times gone bye of families using the letter ‘o’ to denote ‘son of’, for example “ John ‘o’ James ”. He was reminded of a one-time conversation he had with a family member who mentioned that as a child she was taught to recite a rhyme about her ancestors in time to her father tapping it out using the poker on the hearth.
The rhyme ended “Dode o’ Dode o’ Tim” [Dode being baby talk for Joe/Joseph], and although this is far from conclusive evidence on it’s own, it is also reinforced by the fact that Joseph had a son called Timothy, which at the time was not a common Christian name.

Moving over to Halifax area, a Tim Bancroft of Warley near Halifax was married twice, firstly to a Sara [Sarah?] Schofield [?] on 25th April 1680. Sara died on 23rd September 1698 and was buried at the Heywood Chapel at Northowram, near Halifax

A year later he then married for a second time to an Elizabeth Hodgson [Hodgeson?] on 10th October April 1699, again at the Heywood Chapel in Northowram, Halifax.


Tim, and I assume Elizabeth although her name is not mentioned on the records, had a son called ‘Jo’ born in 1710 at Halifax, and it is this Joseph who I am now fairly sure was the Joseph who died in 1785 and was buried at Haworth as he would have been 75 years old at the time of death, which all  sounds feasible.


Moving back one generation to Tim Bancroft, the records shows that he died in the Warley area of Halifax, and was buried at Heywood Chapel on 10th January either 1710 or 1711 [the records are not clear on the date], so the sad story is that Joseph never got to know his father because Tim died died either just before or shortly after his birth. Unfortunately there does not appear to be a gravestone at Haywood Chapel marking Timothy's burial, [probably because they were too poor to afford one.]

What is unclear is what caused his son Joe [Joseph] to move over to the Far Oxenhope area. We have to assume that as it was only about 10 miles from Ovenden, so he probably moved over for work, as this was at a time before the wool textile industry moved from a cottage industry, with men working from home with a hand-loom,and there is information that he worked as a weaver in the Leeming area of Far Oxenhope.

All this is however conjecture on my part, and leaves many unanswered questions…..maybe we will never know the full story, or maybe a fellow research might have the answer!....please feel free to get in touch with me if you have any comments to add to this research, using the contact section in the top right-hand side of this website.